Giving Muslim Women a Voice: The Journey of A Muslim Woman Educator in South Africa 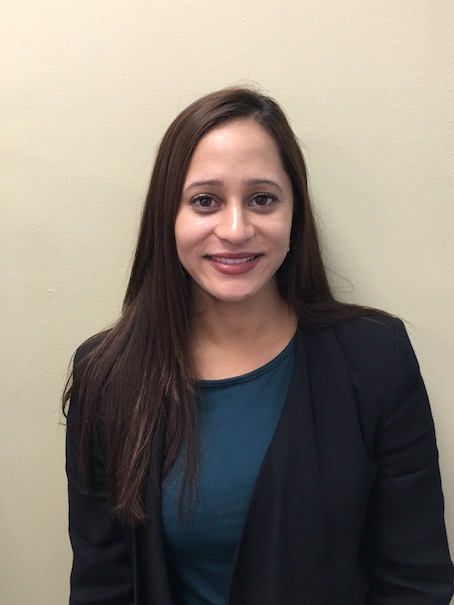 I am a Muslim woman, who grew up in a religious family in Gqeberha, South Africa. Islam has always been part of my life, but as I became older and was exposed to new ideas, I started to move away from my upbringing and cultural beliefs. I began to reflect on the religious teachings I had received as a young girl. Does this make me less of a Muslim woman? Am I losing my faith in the existence of a higher power? No, it was merely a shift in perspective. It meant that I have more questions about Islam and its impact on my life.

As a young girl, I attended a madrassa (Islamic school) where I studied Islamic history, traditions, and practices. I learnt how to perform prayer, and had to memorize and recite the Qu’ran. These classes were offered after school hours and attended by both boys and girls. I remember walking with my classmates to the madrassa, and laughing at the stories told by the older students. Like many other children, I was always looking forward to the class parties organised at the end of the year. This was not part of the Islamic teachings but was implemented to keep young children motivated.           Eventually my workload became too much in my final years of schooling, and I stopped attending the madrassa. My mother, who was a teacher and a devout Muslim, still insisted that my sister and I go to evening classes once a week to further our Islamic education.

Both my parents were born during the apartheid era and witnessed the impact of segregation on Muslim families. Many saw their homes and land confiscated and suffered extreme poverty. After the end of apartheid, most Muslim families were relocated to Gelvan Park, a suburb of Gqeberha, where they built a close community. My father, together with other community members, contributed to the construction of a mosque in our neighbourhood. While growing up, I quickly realised that I was different from white people and our Christian neighbours. My mother tried her best to protect me from discrimination, but it was pervasive.

Being a girl in my community also meant that I was treated differently. It was important to behave when in public, dress appropriately, and only speak when spoken to. I was expected to be submissive to my elders, to always show respect, and display strong Islamic beliefs. Everyone knew everyone within the community,and if you misbehaved in public, any elder could reprimand you. This was seen as normal. When reaching puberty, a girl was expected to remain close to her mother. You could not be seen freely in the streets alone without a magrum (male family member, someone you cannot marry).

Once I attended University, I met different people and became inquisitive about other cultures and beliefs. It was at this time that I learnt about atheism. I grew up thinking that not having faith in a higher power was impossible. My mother made sure she protected us from these views and different opinions. We were raised to think and talk only about Islam. Although I had many Christian friends, we never had deep conversations about religion.

As higher education opened my eyes to different ways of thinking, I slowly moved away from religion and realised how I had been indoctrinated. I began rejecting the discourses that made us – Muslims – believe that if we disobey or do not respect our elders, we will burn in hell. I realised that these stories aimed to scare us and prevent us from questioning the Islamic principles and practices we were taught. It became apparent to me that my parents were closed-minded and overprotective. They would not allow me, for example, to travel or go to the mall alone. Still, I was grateful to them because their beliefs and actions had shaped me into ‘being’ the individual I was, but I was also determined to find my own path.

I decided to become a teacher and obtained a master’s degree in education. I started my teaching career in the same government school where my mother was teaching but rapidly joined a private institution. My mother disapproved of my decision: she thought that it was unreasonable to quit a secure job that would allow me – once I had children –  to be home with them during school holidays. She wanted me to follow in her footsteps.

As my career progressed, I came to understand that having an opinion matters; it is what differentiates you from others. I learnt it was fine to question and ask why. This was not obvious to me, since in my community, women were expected to be good wives and raise obedient children. At the beginning, I was conflicted. I thought that I was betraying my religion and my parents. I felt out of place: I had become estranged from the Muslim community, and I was, to some extent, an outsider in a society built by and for men. At the same time, I felt the responsibility as a young Muslim woman and a lecturer to encourage my students to think critically.

The private institution where I teach encourages diversity, freedom of religion, and authenticity. Over the years, I have noticed an increase in the number of female Muslim students. This makes me optimistic that social norms are slowly changing within Muslim communities. However, I have observed that many young Muslim women are still afraid to voice their opinion. They are scared of being rejected or viewed as oppressed due to their beliefs and upbringing. They are sometimes misunderstood, either because of the ignorance or negative bias of the other party or their incapacity to deliver their message in a manner that is acceptable to others.

I believe that this is not specific to Muslim women. In today’s societies, women of all walks of life struggle to be heard because most places and platforms have been created for male dominance. Feminist author Rebecca Solnit explains in her book, The Mother of All Questions, how women have long been silenced, and as a consequence, deprived of the right to participation, to consent or dissent, and to self-determination. “If our voices are essential aspects of our humanity, to be rendered voiceless is to be dehumanised or excluded from one’s humanity. And the history of silence is central to women’s history,” she asserts.

Although more and more women refuse to be sidelined, it is still difficult for some to make this mental shift and ignore the inner voice that tries to silence them. Their education and belief systems continue to shape how they think or act. How does one liberate herself from religious beliefs, social expectations, and family pressure? I never thought that my personal journey would mean anything to others, but I realised that as an educator I have an influence on young men and women. Hence, I made it a duty to encourage young women, in particular Muslim women, to speak up and express their views.

But to do so, I had to first be true to myself. I needed to reconcile my faith with my values and actions. I developed my own understanding of Islam and set boundaries on what to allow and what not to allow. Today, I believe that no one should tell me how to dress, what to speak about, or whom to spend time with. I am convinced that every woman should seek knowledge, question religious or cultural practices and beliefs, and more importantly have a voice. As argued by Solnit, it is only by redefining whose voice is valued, that we can redefine our society and its norms.

Warda Abrahams is a 32-year-old feminist residing in Gqeberha, South Africa. She is employed at a private institution involved in the training of future teachers. She likes exploring the outdoors and spending quality time with her loved ones, including her husband and sisters.